Title: Rationalising Edge Computing in the New Era of Beyond 5G

Abstract: Artificial intelligence will play a key role in every service or application we as humans will interact with in the coming years. Such applications have run so far in massive datacenters where significant computational resources are available. These applications leave the user terminals in charge of doing just visualization and User Interface tasks. At the same time new types of applications like xR require lower latency and higher bitrates or even improved privacy. By providing computational resources very close to the end users, edge computing can provide the ideal platform to satisfy the requirements of modern applications and services. Nevertheless, in order to be successful, edge computing needs to, on the one hand, align with current cloud-native trends, and, on the other hand, become aware of the requirements of AI-enabled applications. The panel aims at addressing the following questions: 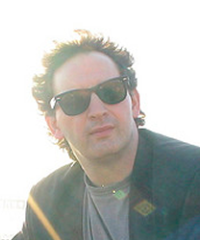 Bio: Stuart Clayman received his Ph.D. in Computer Science from University College London in 1994. He has worked as a Research Lecturer at Kingston University and at UCL. He is currently a Senior Research Fellow at the UCL EEE department. He co-authored over 40 conference and journal papers. His research interests and expertise lie in the areas of software engineering and programming paradigms; distributed systems; virtualized compute and network systems, network and systems management; sensor systems and smart city platforms, and artificial intelligence systems. He has been involved in several European research projects since 1994. He is currently a leader in the NECOS Network Slicing project, looking at cross-domain slicing and orchestration for Networks and Data Centers. He also has extensive experience in the commercial arena undertaking architecture and development for software engineering, distributed systems, and networking systems. He has run his own technology start-up in the area of NoSQL databases, sensor data, and digital media. 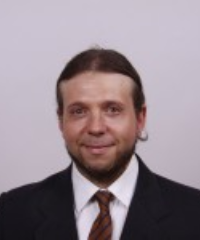 Bio: Leonardo Goratti received his Ph.D. degree from the University of Oulu (Finland) and his MSc from the University of Firenze (Italy). He currently holds the position of Senior System Engineer at Zodiac Inflight Innovations Germany in the R&D Group. Before he was with the Fondazione Bruno Kessler in Trento (Italy), and with the European Joint Research Center of Ispra (Italy). Dr. Goratti’s interests span across software-defined networking (SDN) and network functions virtualization (NFV) for the Fifth Generation (5G) mobile network, LTE-Advanced, and millimeter-wave communications. Dr. Goratti is also an expert in Medium Access Control theory, including device-to-device and machine-type communications. His research interests also include spectrum management models and techniques. Currently, Dr. Goratti is working on the design aspects and performance evaluation of 5G networks in multi-access edge computing with an application to Inflight Communications. Dr. Goratti has authored more than 70 research papers in distinguished IEEE journals and conferences. Dr. Goratti is a TPC member in international conferences, and he served as a reviewer in distinguished journals such as IEEE JSAC, IEEE Communications Magazine, and IEEE Communications Letters. 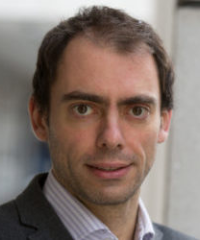 He is an Associate Professor and Fellow of Trinity College and he is Principal Investigator of both the IPIC Photonics Integration Centre and the CONNECT Telecommunications Research Centre. He is currently involved in several Science Foundation Ireland and H2020 projects, including a new research infrastructure to build a beyond 5G testbed in Dublin. Prof. Ruffini leads the Optical Network Architecture Group, TCD, and has authored over 150 international publications, over ten patents, and contributed to standards at the broadband forum. He has raised research funding in excess of €7M. His main research is in the area of 5G optical networks, where he carries out pioneering work on the convergence of fixed-mobile and access-metro networks, and on the virtualization of next-generation networks, and has been invited to share his vision through several keynote and talks at major international conferences across the world. He leads the new SFI funded Ireland’s Open Networking testbed infrastructure. 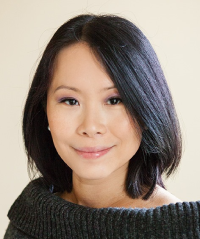 Bio: Elaine Wong (S’99-M’02-SM’14)is currently Associate Dean (Diversity and Inclusion) and Professor at the Faculty of Engineering and Information Technology, University of Melbourne.  Elaine received her Ph.D. degree in electronic and electrical engineering from the University of Melbourne in 2002.  Her current research interests lie in advancing optical technologies in conjunction with prescriptive analytics-based optical networking to realize the Internet-of-Senses and human-to-machine/robot collaboration. She has co-authored more than 200 peer-reviewed refereed publications, 4 book chapters, and 5 patents. Elaine has held visiting faculty positions at Google Inc., USA (2011) and at MIT, USA (2019).

She has actively served the research community in the past 18 years through her involvement at OFC (2021 N4 Subcommittee Chair), IEEE CLEO-PR (2020 C9 Subcommittee Co-Chair), IEEE Summer Topicals Meeting Series (2019 Topic Co-Chair), Opto-Electronics and Communication Conference, (2014 TPC Co-Chair), and Asia Communications and Photonics Conference (2021 Sub-Committee Chair). In 2021, she was appointed Secretary, Steering Committee of the IEEE/OSA Journal of Lightwave Technology, having previously served as Associate Editor from 2011-2017. She was also Associate Editor of IEEE/OSA Journal of Optical Communications and Networking from 2009-2012.  She served on the IEEE Photonics Society Distinguished Lecturer Committee in 2013 and 2014 (as Chair).

Elaine was awarded the IEEE Photonics Society (formerly LEOS) Graduate Student Fellowship (2011) and the Australia Research Council Future Fellowship (2011).  She was elevated to Fellow of the OSA in 2020 for “sustained pioneering contributions to the research of next-generation optical access networks and technologies”. 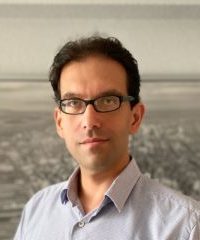 Bio: Roberto Riggio is an Assistant Professor at the Polytechnic University of Marche in Ancona, Italy. He received his PhD from the University of Trento (Italy), after that he was postdoc at University of Florida, Researcher/Chief Scientist at CREATE-NET in Trento (Italy), Head of Unit at FBK in Trento (Italy), Senior 5G Researcher at the i2CAT Foundation in Barcelona (Spain), and Senior Researcher at RISE AB in Stockholm (Sweden). His research interests revolve around optimization and algorithmic problems in networked and distributed systems. His current fields of applications are edge automation platforms, intelligent networks, and demand-attentive networking. Roberto Riggio has published more than 130 papers in internationally refereed journals and conferences. He is a Senior Member of the IEEE.